CALIA ITALIA is recognised as a historic brand of national interest 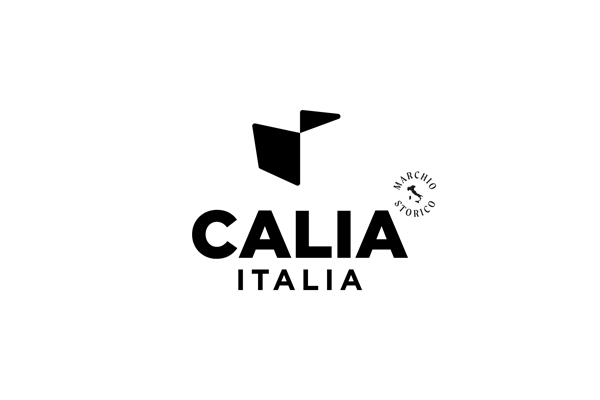 CALIA ITALIA is a Historical Brand.What is this special recognition and why is it important?

2022 has begun in the best possible way for CALIA ITALIA as it has been recognised as a ‘Historic Brand of National Interest’, which is a very important certificate that attests the stature and significance of an Italian company at national level – and beyond! The registration of CALIA ITALIA in the ‘UIBM Special Register of Historical Brands of National Relevance’ took place on 15 December 2021, at the end of the procedure set out by the Ministry of Economic Development, General Directorate for the Protection of Industrial Property (UIBM).

The ‘Marchio Storico di Interesse Nazionale’ (Historic Brand of National Interest) is only given for certain, well-defined characteristics. First of all, it can only be attributed to the owners of a brand that has been registered for at least 50 years or for which it has been possible to prove continuous use for at least 50 years. Furthermore, this brand must be used for the marketing of products and services made in an Italian manufacturing enterprise of excellence that is historically linked to the national territory.

Thanks to its inclusion in this special register, CALIA ITALIA can be officially considered among the most well-known and historically important Italian brands – and this achievement can be highlighted both in Italy and abroad through the use of the ‘Historical Brand logo’. This is yet another recognition that crowns a long journey dedicated to excellence and Made in Italy.

Why is CALIA ITALIA listed in the ‘Special Register of Historical Brands of National Significance’?

Calia Italia was founded in 1965 in the ‘Sassi’ of Matera, thanks to the intuition and passion of Liborio Vincenzo Calia. Since then, the company’s mission has always been to ‘make people feel good’ through the creation of affordable and contemporary designed sofas, armchairs, footstools and benches that are all made with care. This care includes developing Matera’s local craftsmanship as well as opening the region up to the world.

At the same time as enhancing the value of the territory, CALIA ITALIA has always invested in research and technology and has developed a great logistical capacity. Such characteristics have allowed it to grow steadily over the years and under the artistic and creative direction of Saverio Calia and the commercial strategy of Giuseppe Calia, it has become one of the most important and recognised companies in the world in the production of upholstered furniture

Thanks to the work of more than 1,500 people in the ‘Murgia’ area, Calia Italia now produces more than 1,000 seats a day, with 50 new models every year, in 40 different leather and fabric coverings and with more than 400 colour variants. It has one of the largest fully automated warehouses in Europe, thanks to which the comfort created in Matera reaches 80 countries all over the world.

For 57 years, the CALIA ITALIA brand has been demonstrating how it is possible to combine tradition and innovative research, appreciation of one’s own territory and internationalisation as well as quality craftsmanship and technology to produce furnishing accessories that are recognised as ‘Made in Italy’ excellences in Italy and abroad.

The ‘Historic Brand of National Interest’ award adds to a numerous series of honours and recognitions. Between 2000 and 2006, CALIA ITALIA received the ‘ARIC Active Businesses Award’, the ‘Guggenheim Business and Culture Award’ (awarded twice in 2001 and 2003) as well as the ‘Sodalitas Social Award’. It was also included among the 30 Italian companies that implement ‘Best Practices in the field of Corporate Social Responsibility’ along with the 100 cases of ‘Excellence by Eurispes’. In 2015, during its 50th anniversary, CALIA ITALIA won the ‘Azienda Longeva Award’ and in 2018 it won the ‘100 Italian Excellences Award’. In recent years it has been included in the ‘ADI Design Index’ and has also received the ‘German Design Award’. 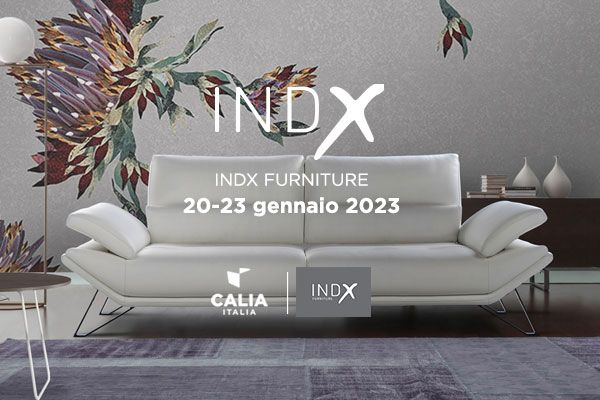 Calia Italia attends INDX 2023: all models on display in Birmingham 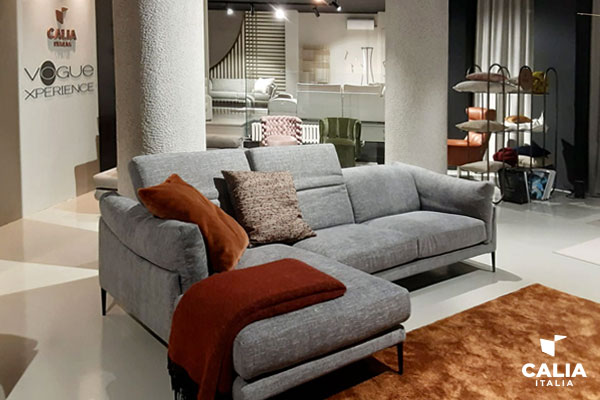 Calia Italia and VogueXperience open a new store in Lombardy 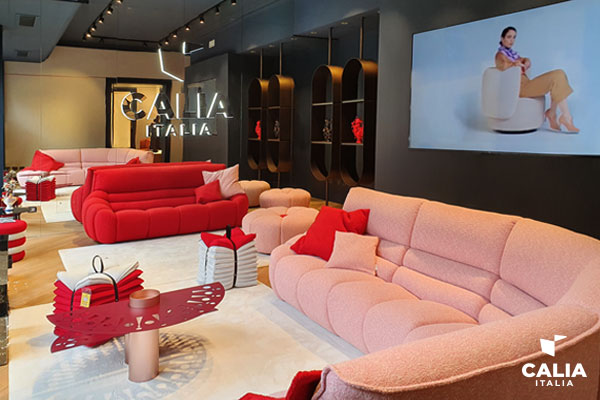